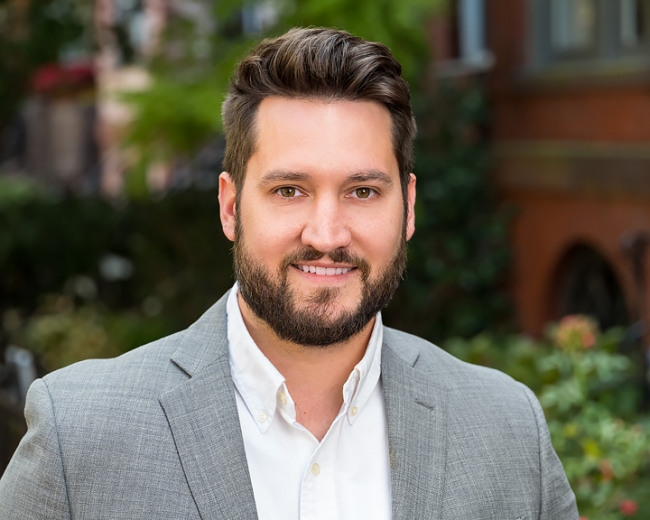 When it comes to finding you just the right home or selling the one you've got, Sean Vann has been around the block a time or two—not to mention in crawlspaces, attics, rooftops, and everywhere in between. That's because when it comes to homes, Sean doesn't just go the extra mile; he considers every-last square inch every bit as important as well.

In fact, not many know the D.C. Metro region better. From the subtle macroeconomic changes to the region, to which neighborhoods are hottest, which are undergoing the most growth, and have the most significant upside potential down the road, Sean makes a habit of exploring every nook and cranny, not just as part of the job but out of genuine curiosity. After all, this is his town too.

It's that same attention to detail that caught the eye of The Murphy Team at Long and Foster, a leader in Foggy Bottom property sales. It was there Sean launched his career as a realtor and mastered the intricacies of co-ops, investment condos, and an appreciation for not just finding homebuyers a good home but the perfect home for them and their life's ambitions.

In 2013, Sean moved to Beasley Real Estate, a small boutique brokerage that recruited some of the D.C. Metro area's best agents. He saw it as an opportunity to learn about how to best market luxury real estate. He further honed his skills, creating exceptional property showcases utilizing 3D floor plans, virtual video tours, and aerial shots.

Along with his own life experiences, these experiences made Sean a natural fit for The Rockwell Group at Compass. He joined the firm in 2016. From the very beginning, Sean knew he had a home there. It is a place that allows him to combine his people skills with his technological know-how and marketing savviness into a formidable force for good in people's lives—your life.

His extensive transactional experience over the past decade and a half has exposed him to just about every situation that a buyer can encounter. From home inspection and title issues to negotiating competitive offers and successfully fending bids from competitors—Sean has been through it all, and he's ready to be there for you.

As you start your home search with Sean, one of the first things you'll notice is that he's not just personable but downright likable. He's an extrovert's extrovert, as at home around clients as with friends and family. Heck, once you've spent a weekend or two scouting homes with Sean—you can consider yourself one.

When Sean isn't out and about making you and his other clients at home, he's at home or about with his wife and two children. Together, they like to make music. Sean's voice is his favorite instrument, but he also plays drums, keyboard, and a mean guitar. And while pots and pans are the instruments of choice of his son and daughter, Sean is no slouch behind them either.  He loves to cook and take master cooking classes. He's in a finance club, and you'll have to keep your eye out for his soon-to-be-released podcast.